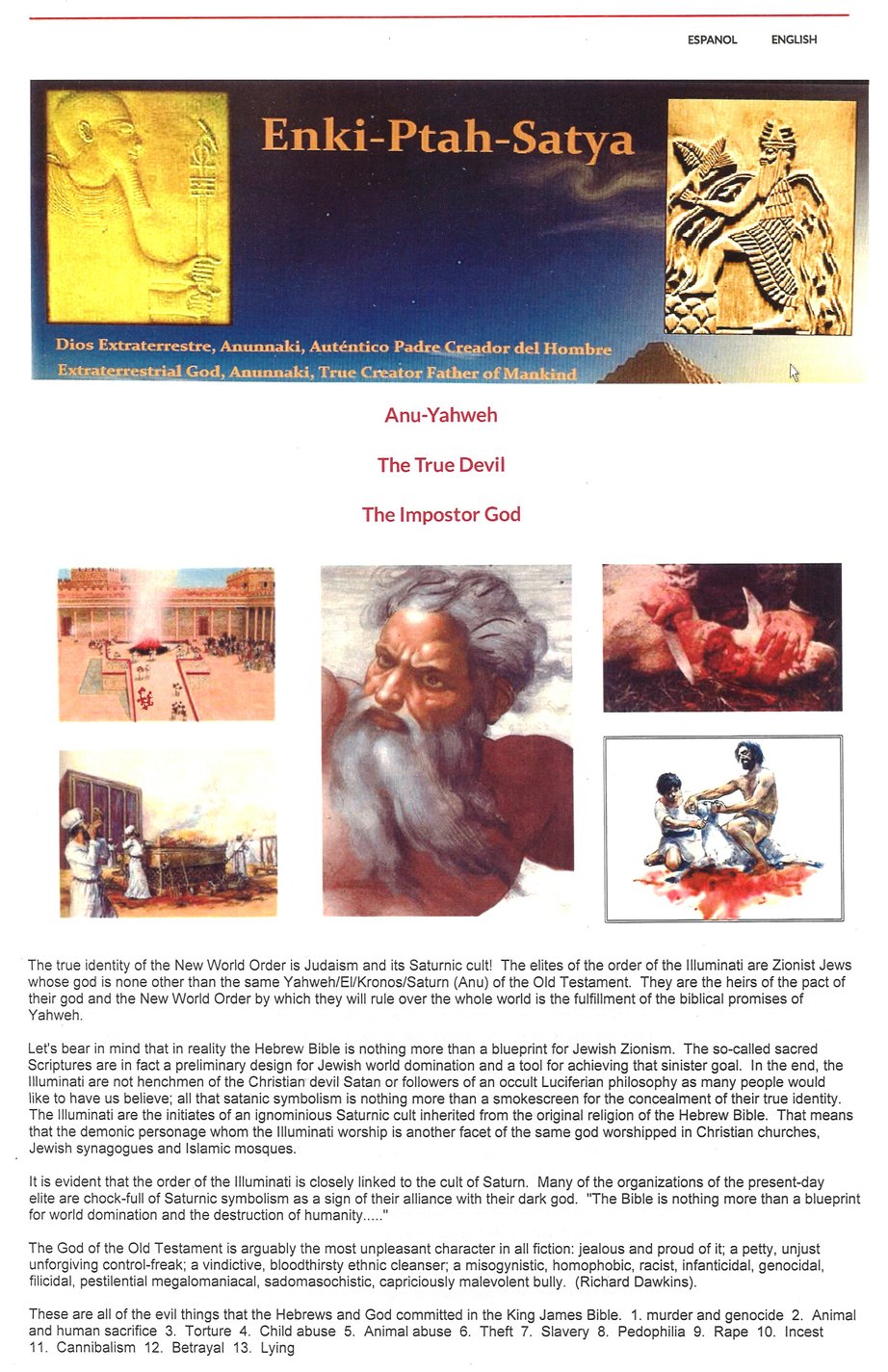 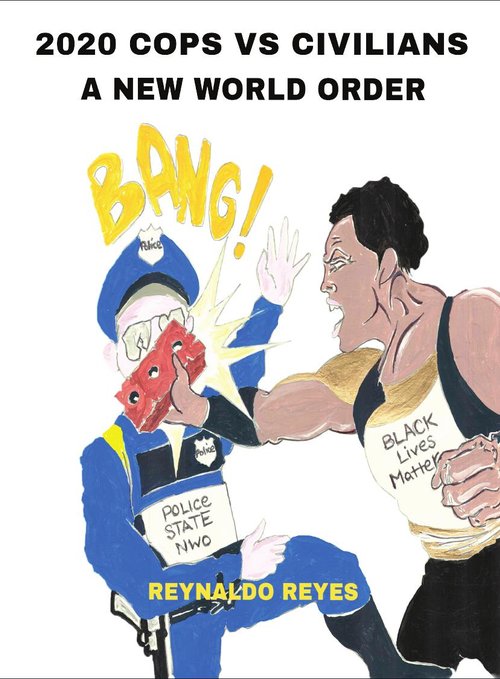 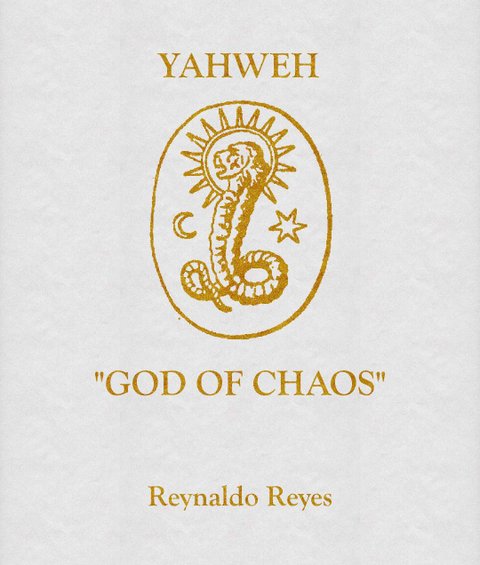 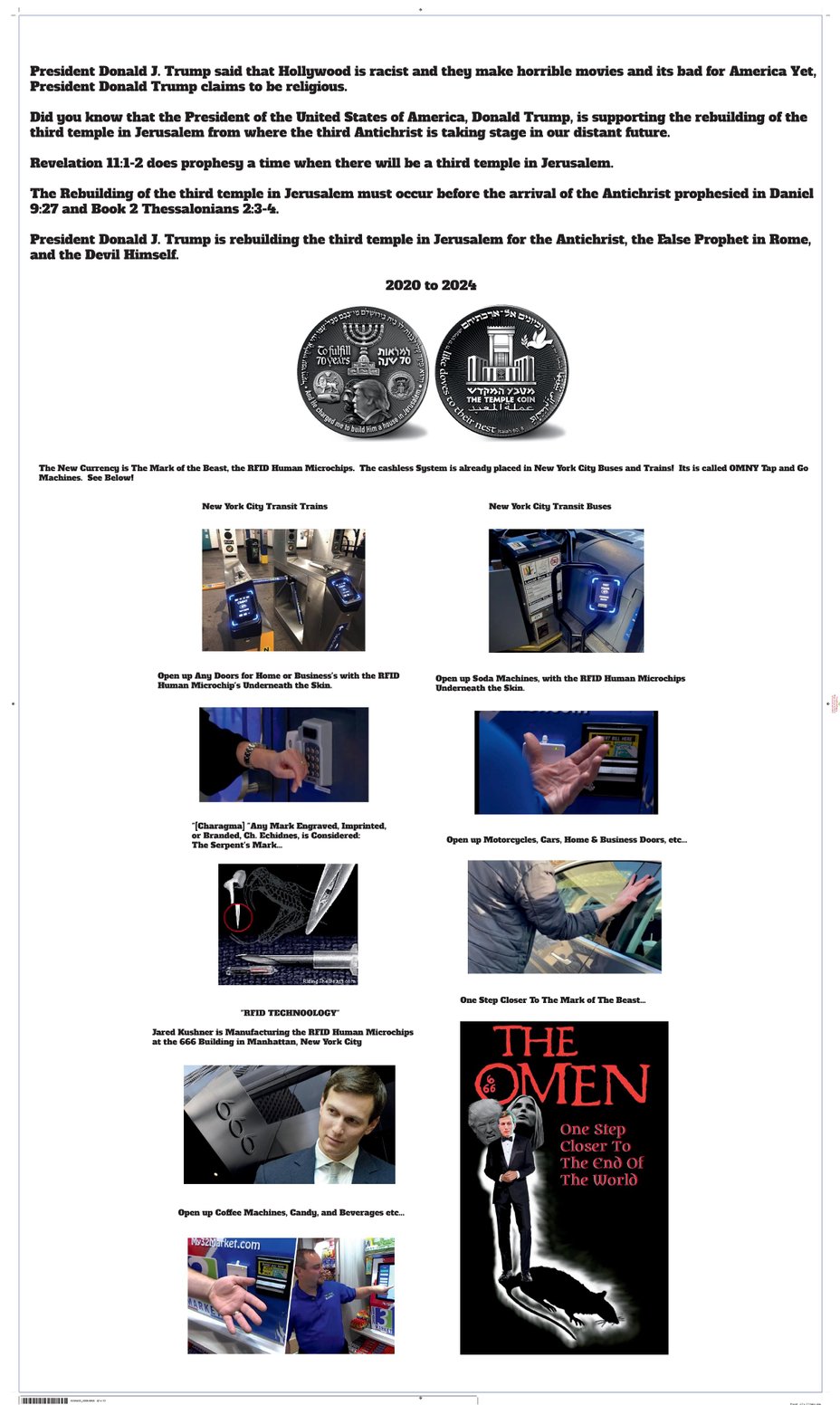 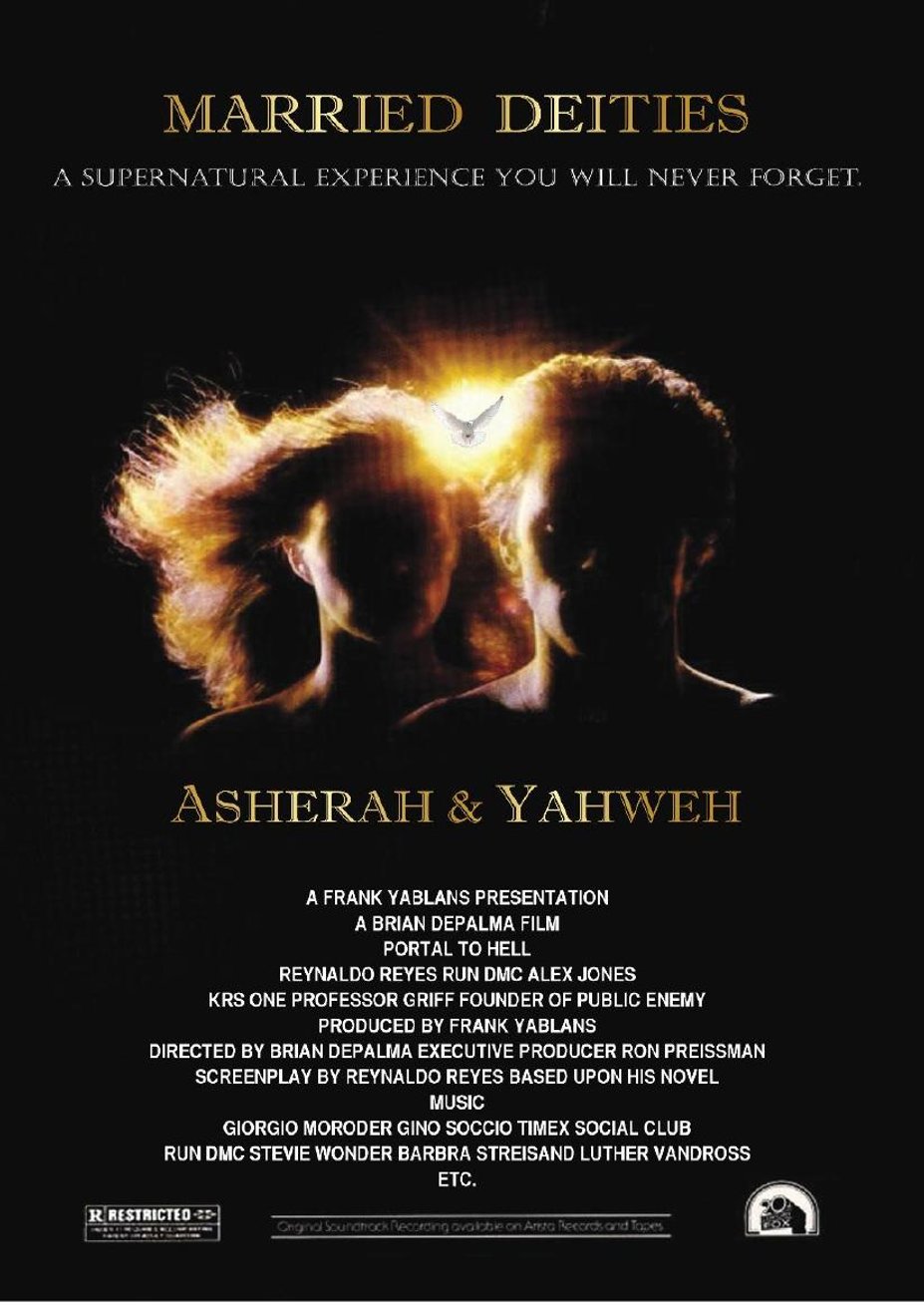 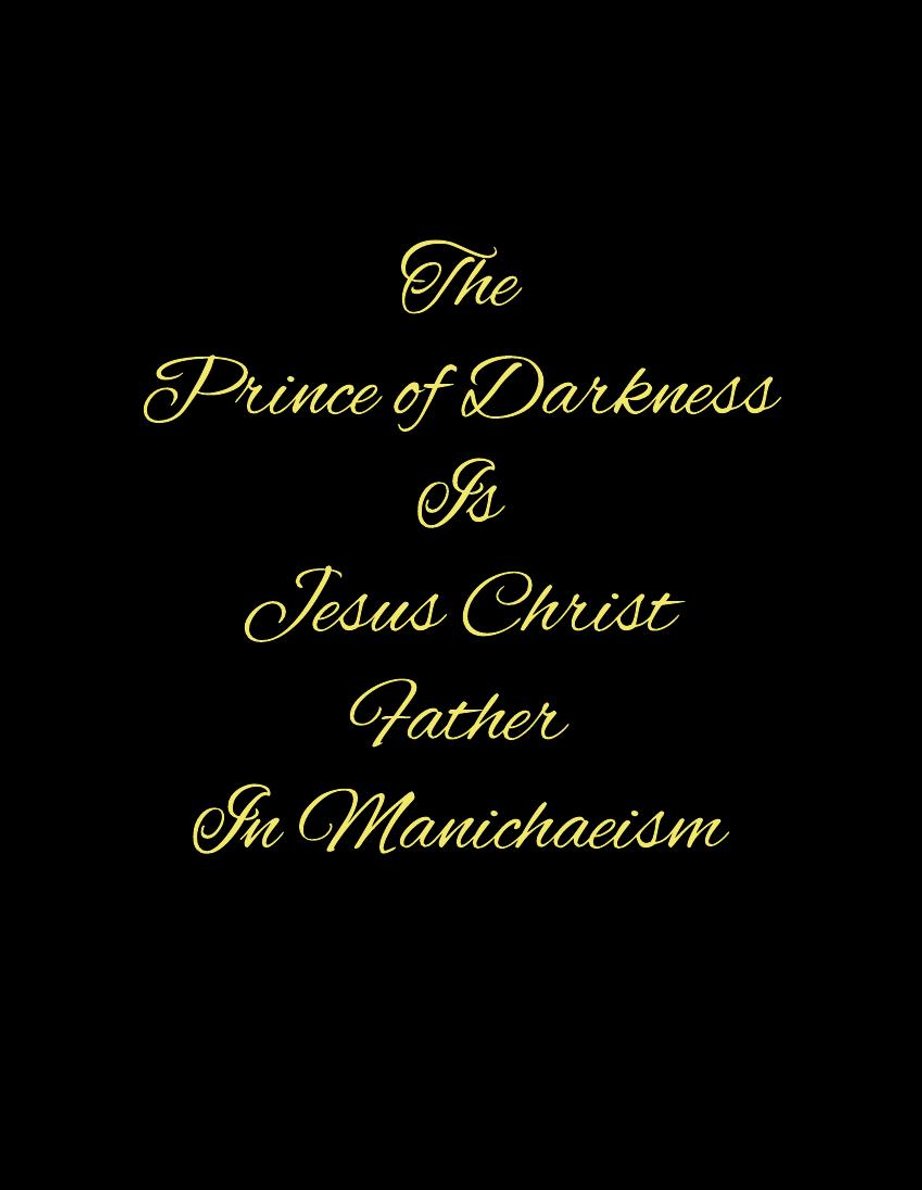 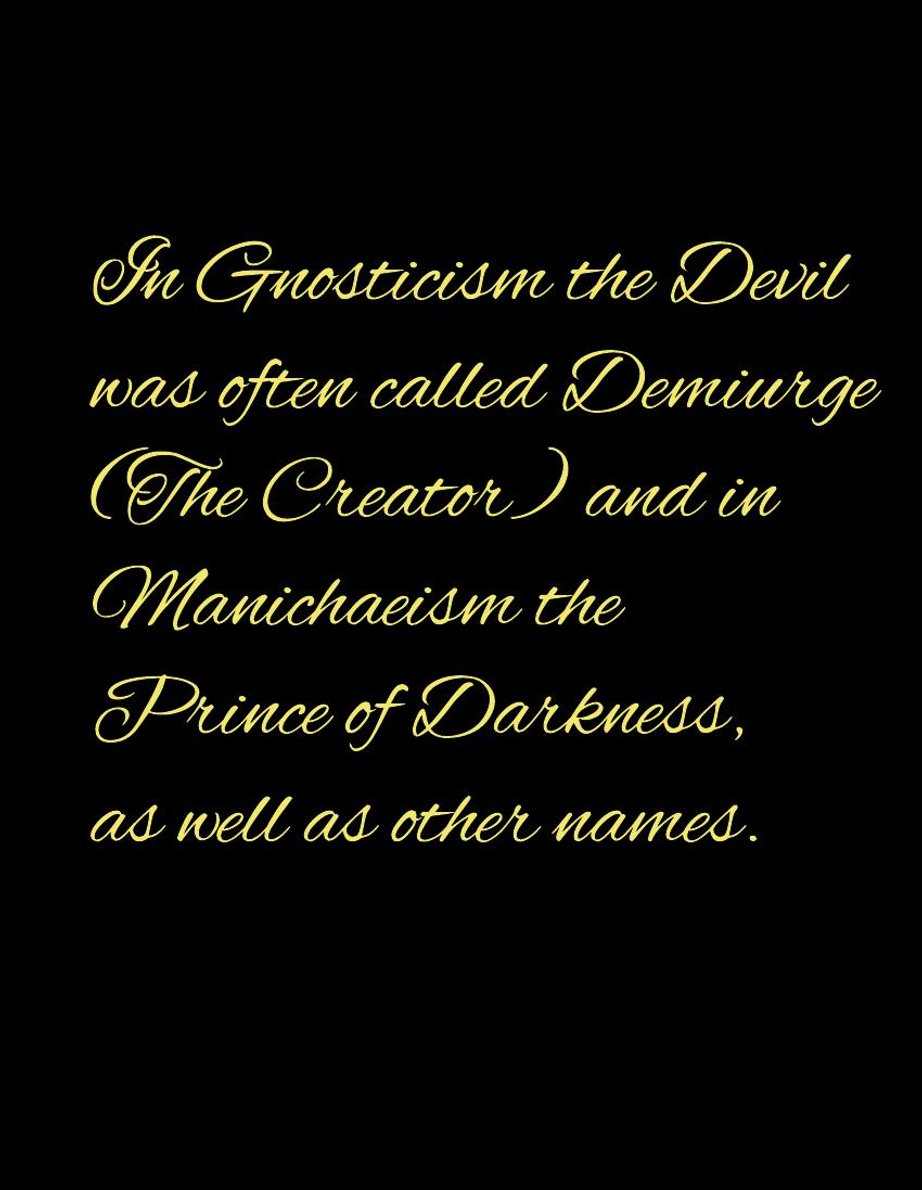 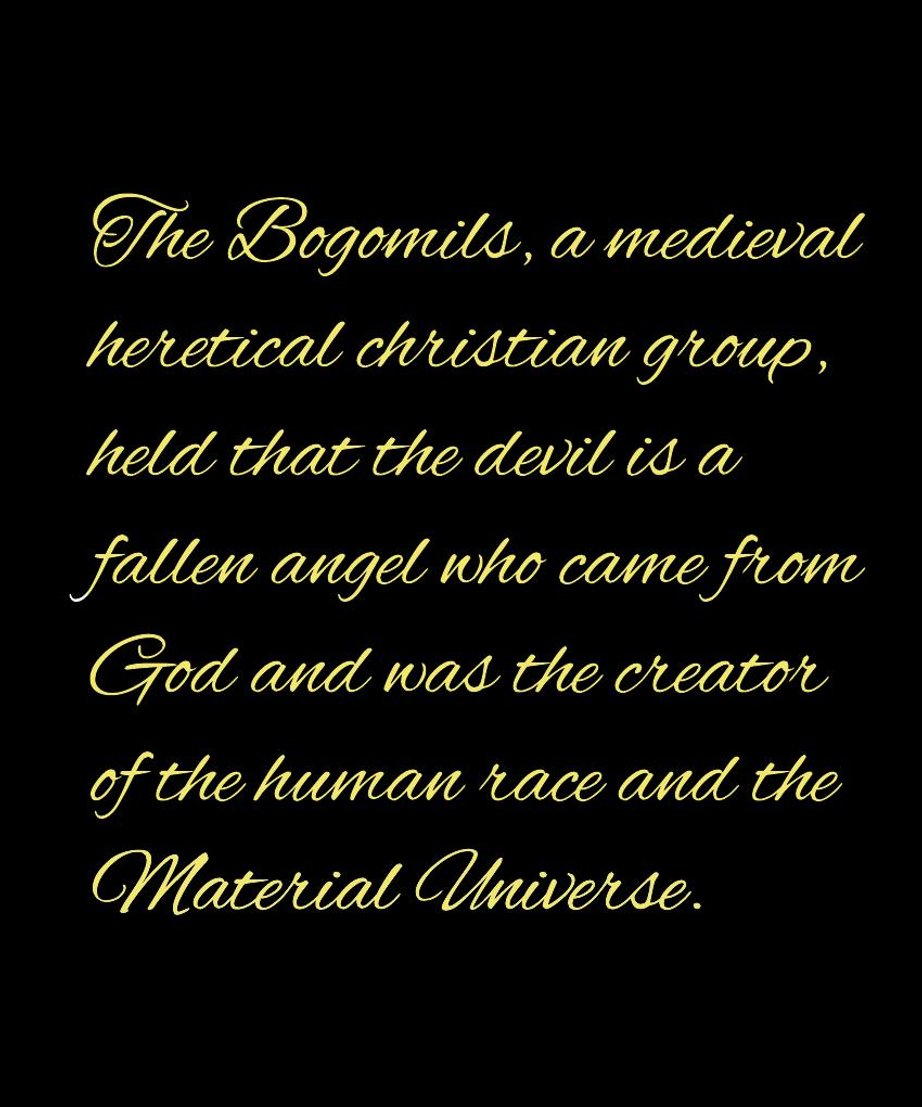 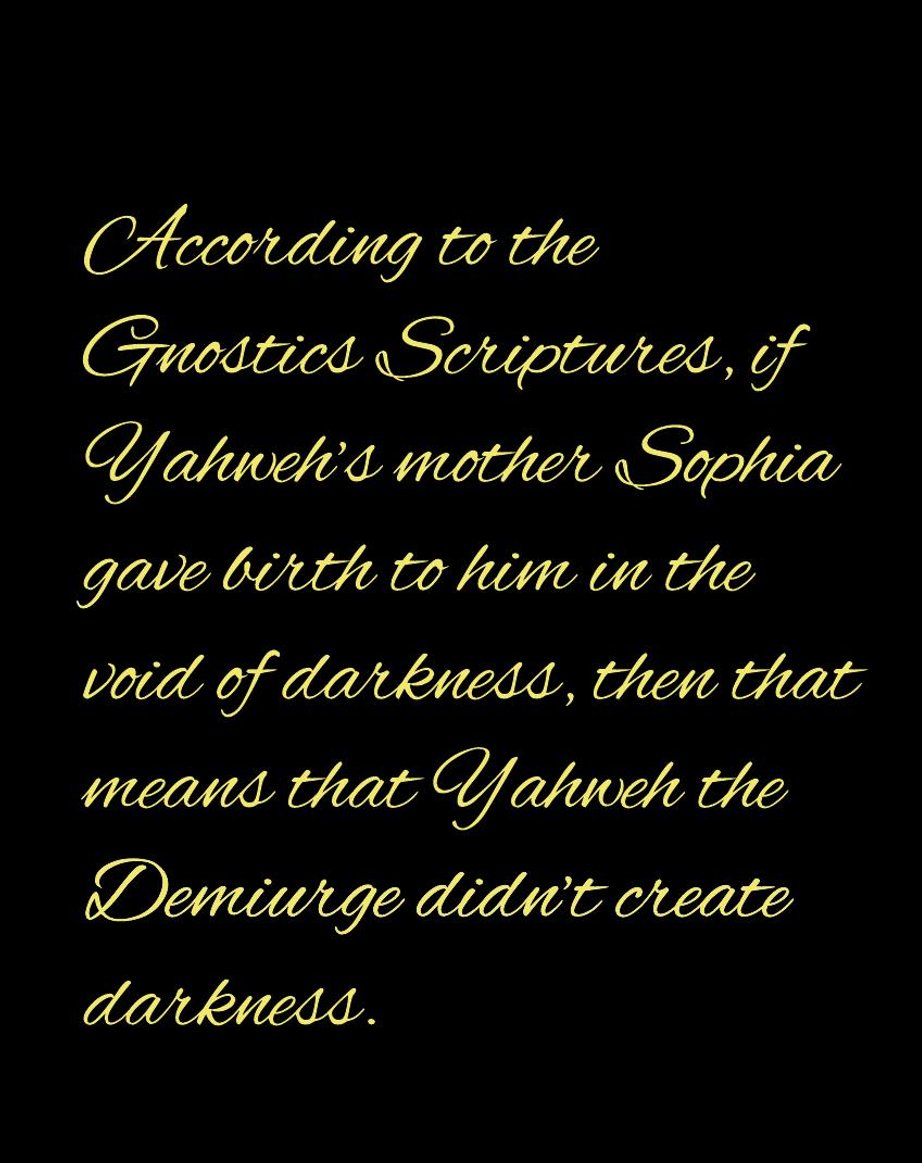 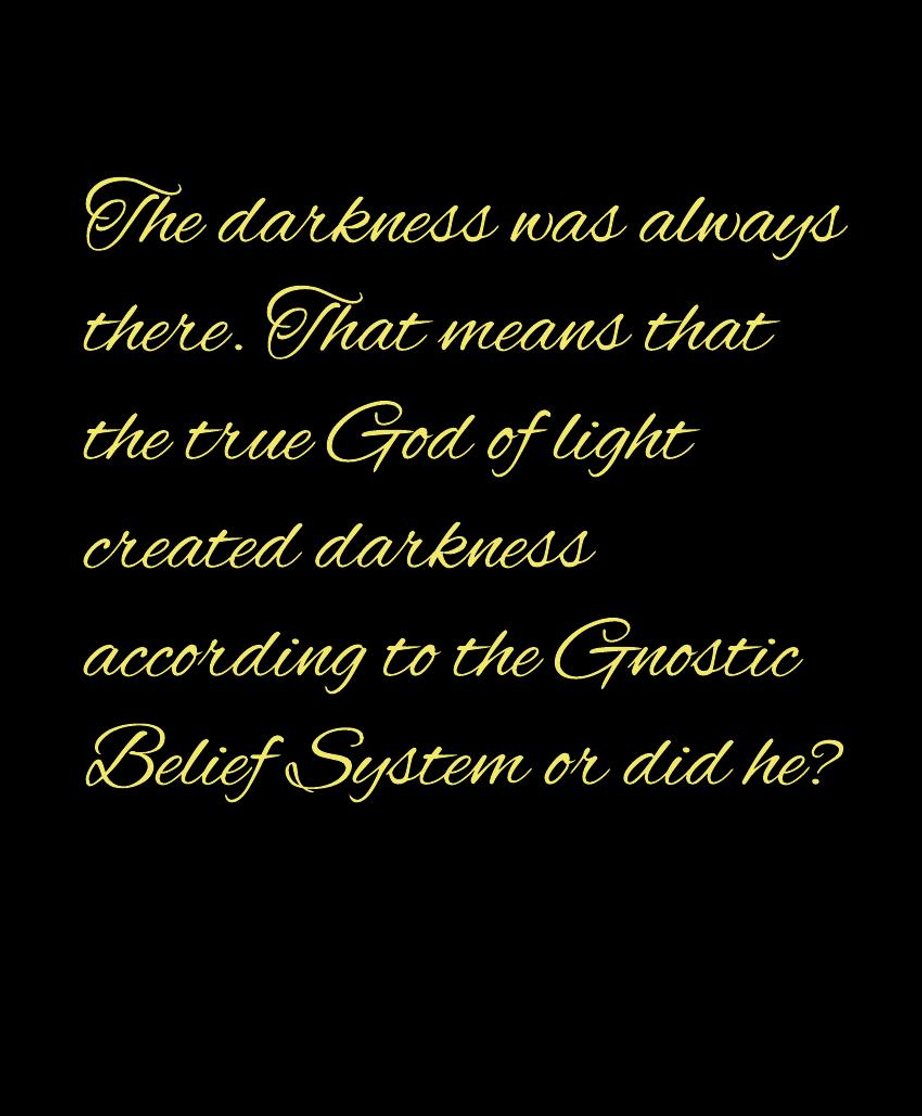 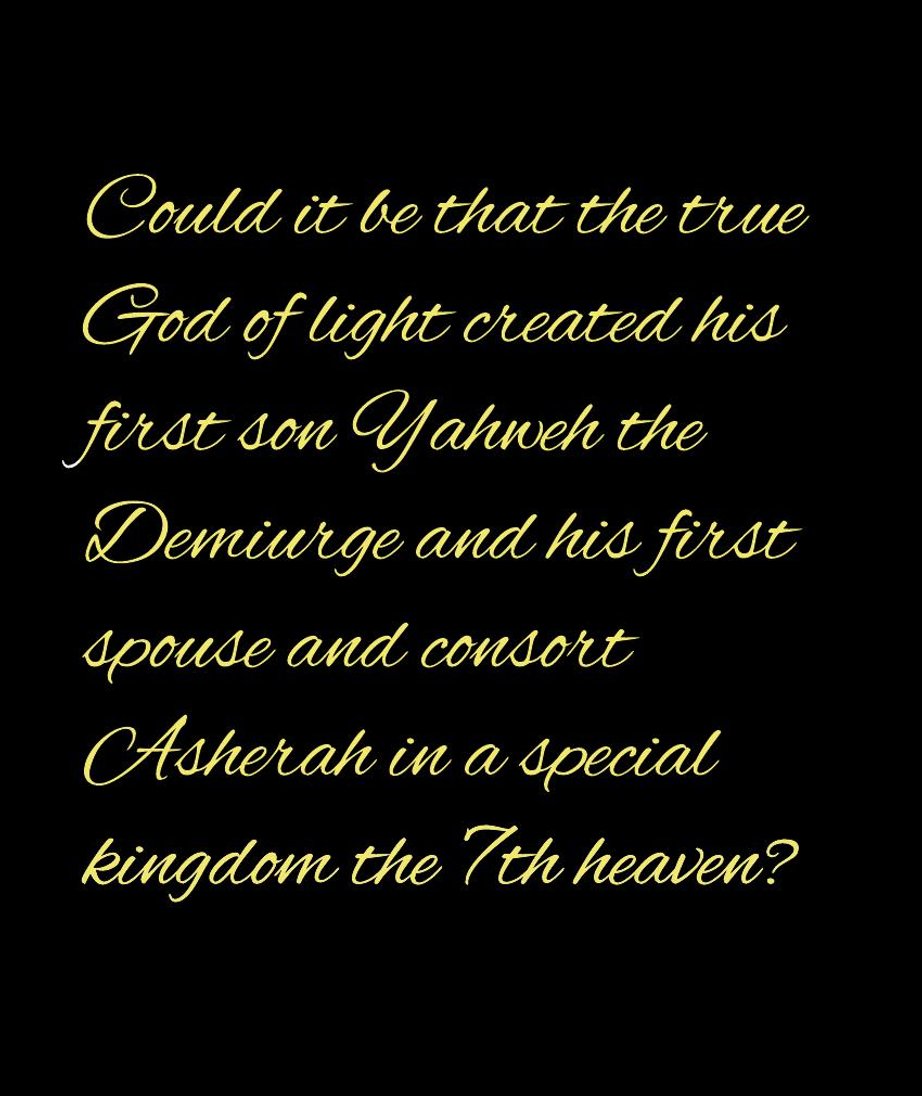 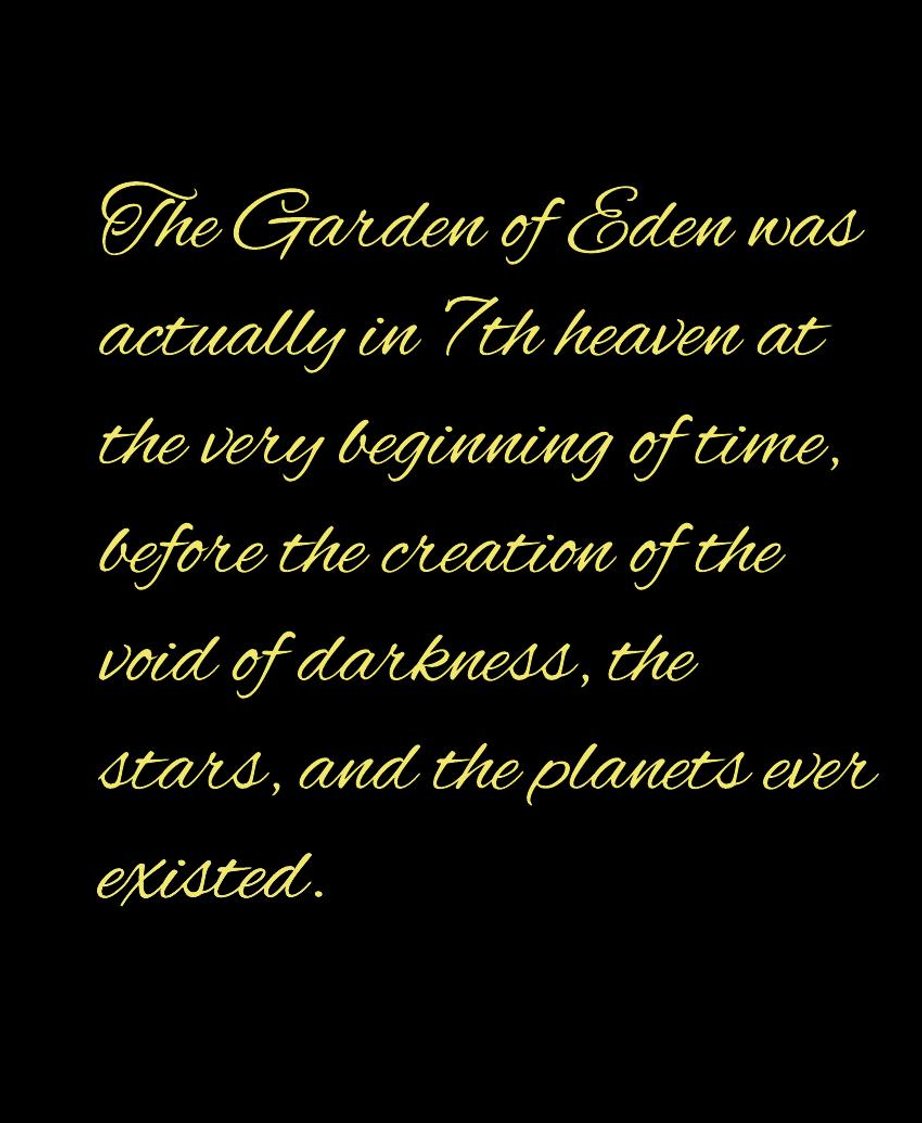 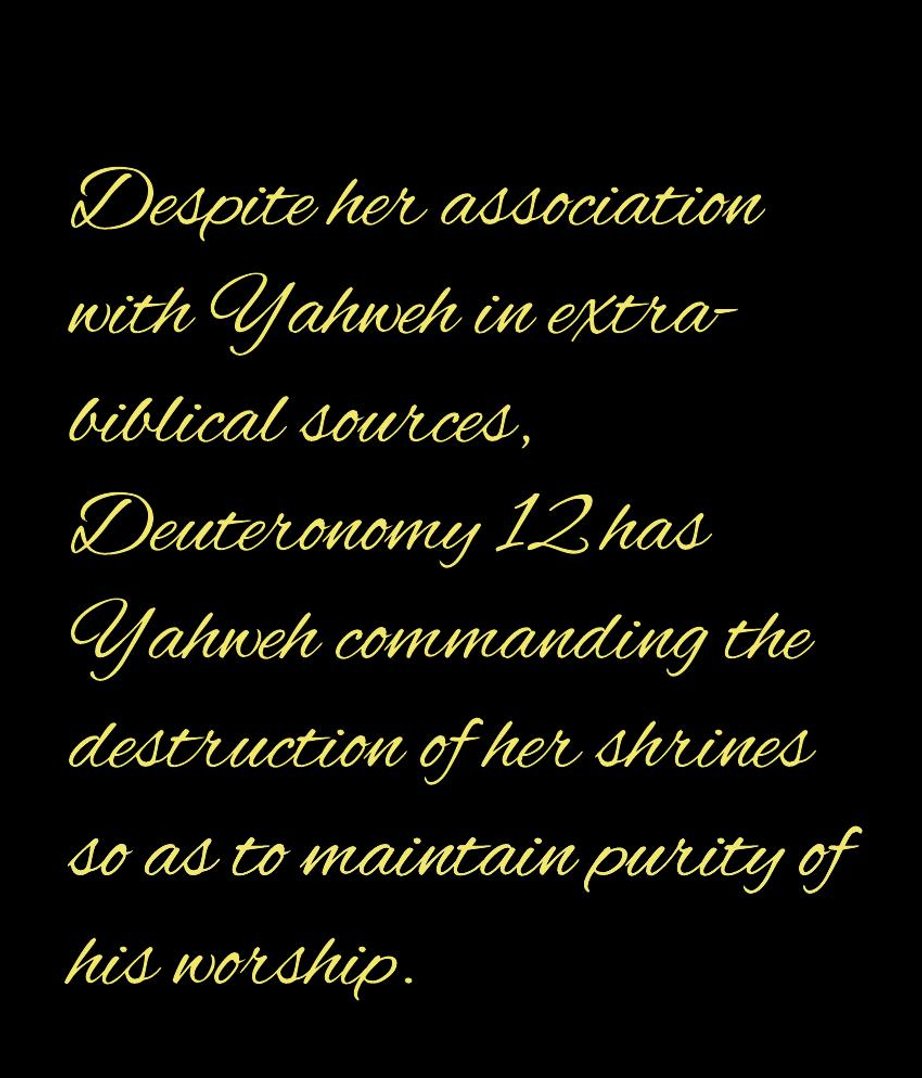 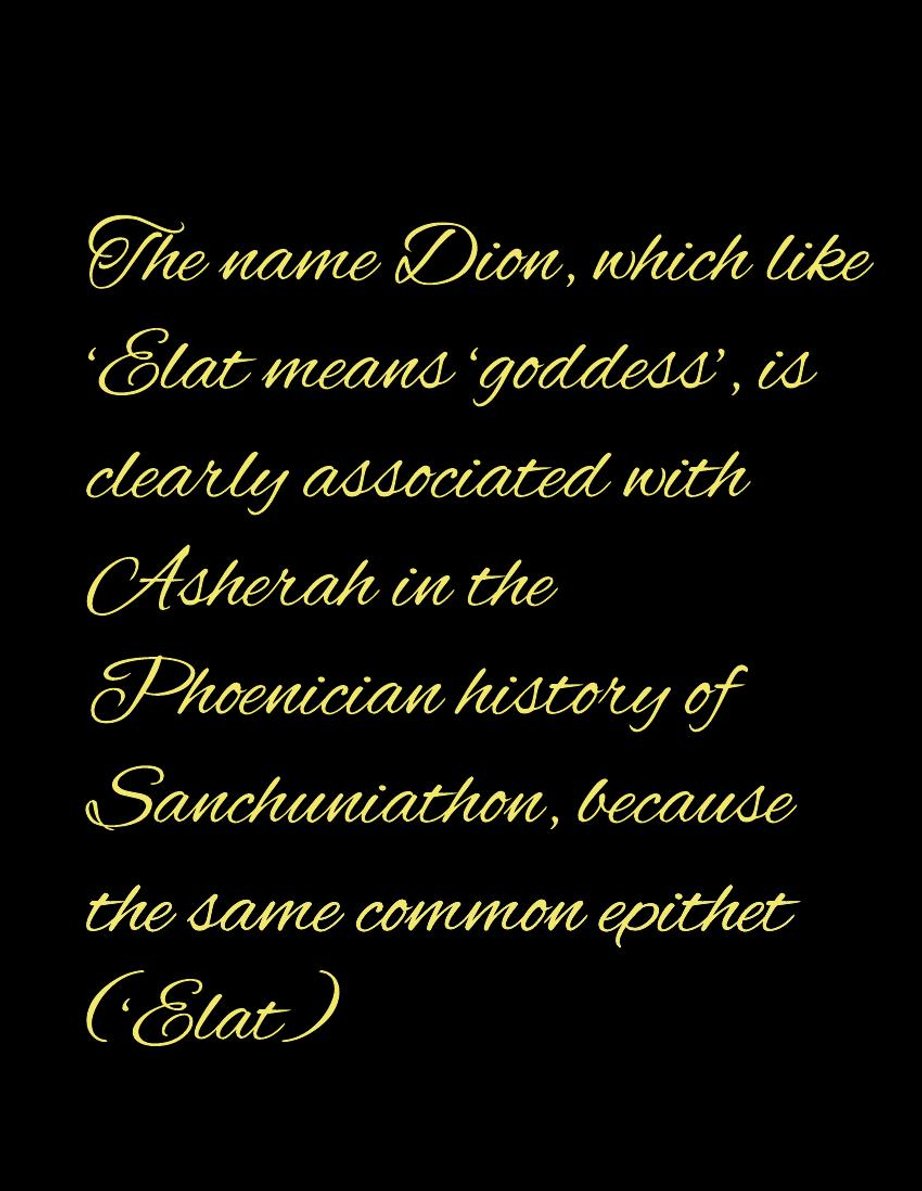 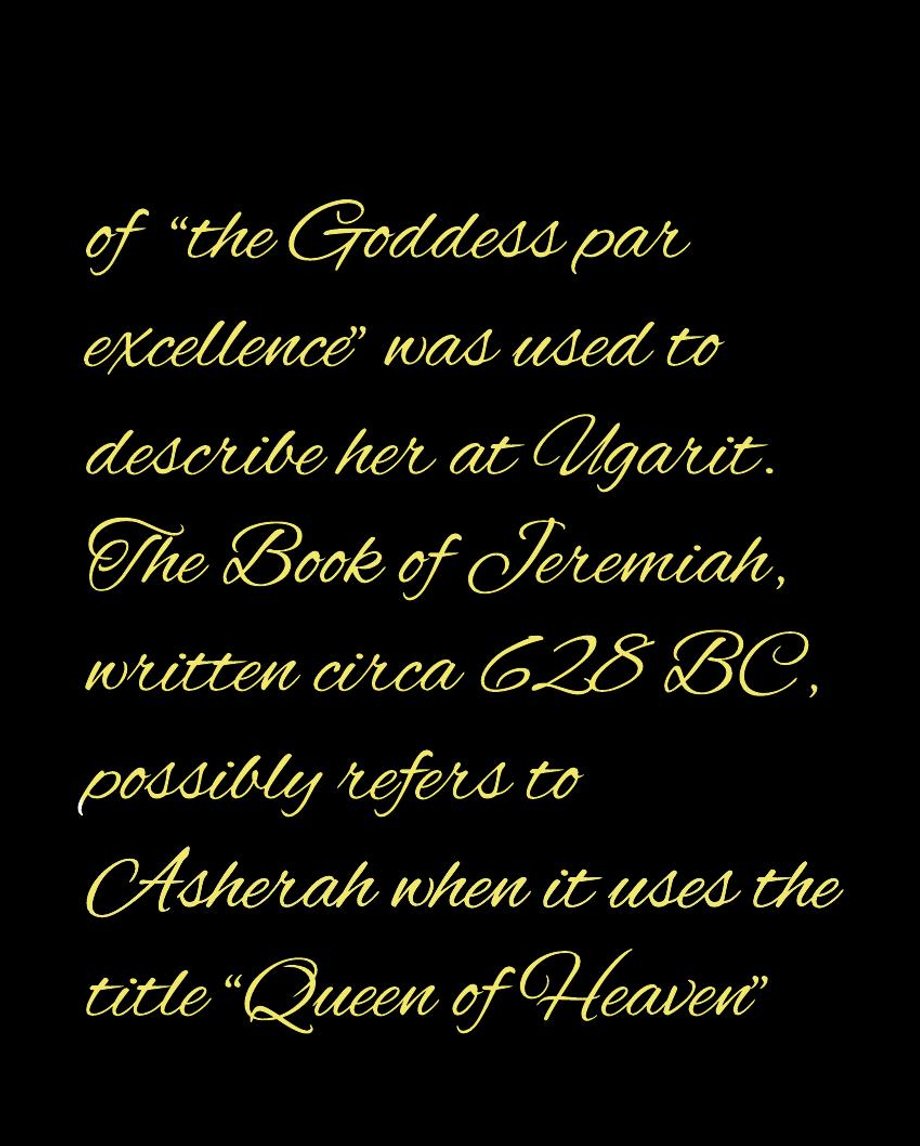 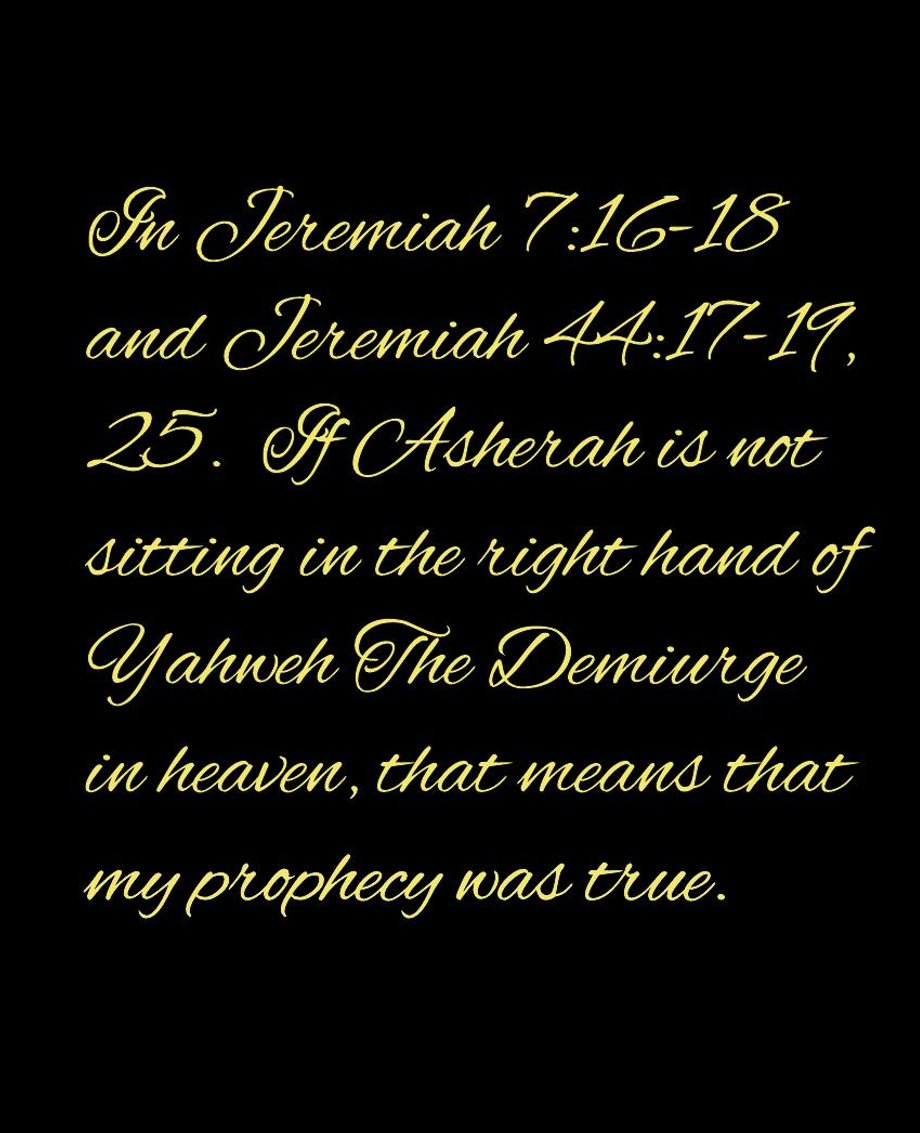 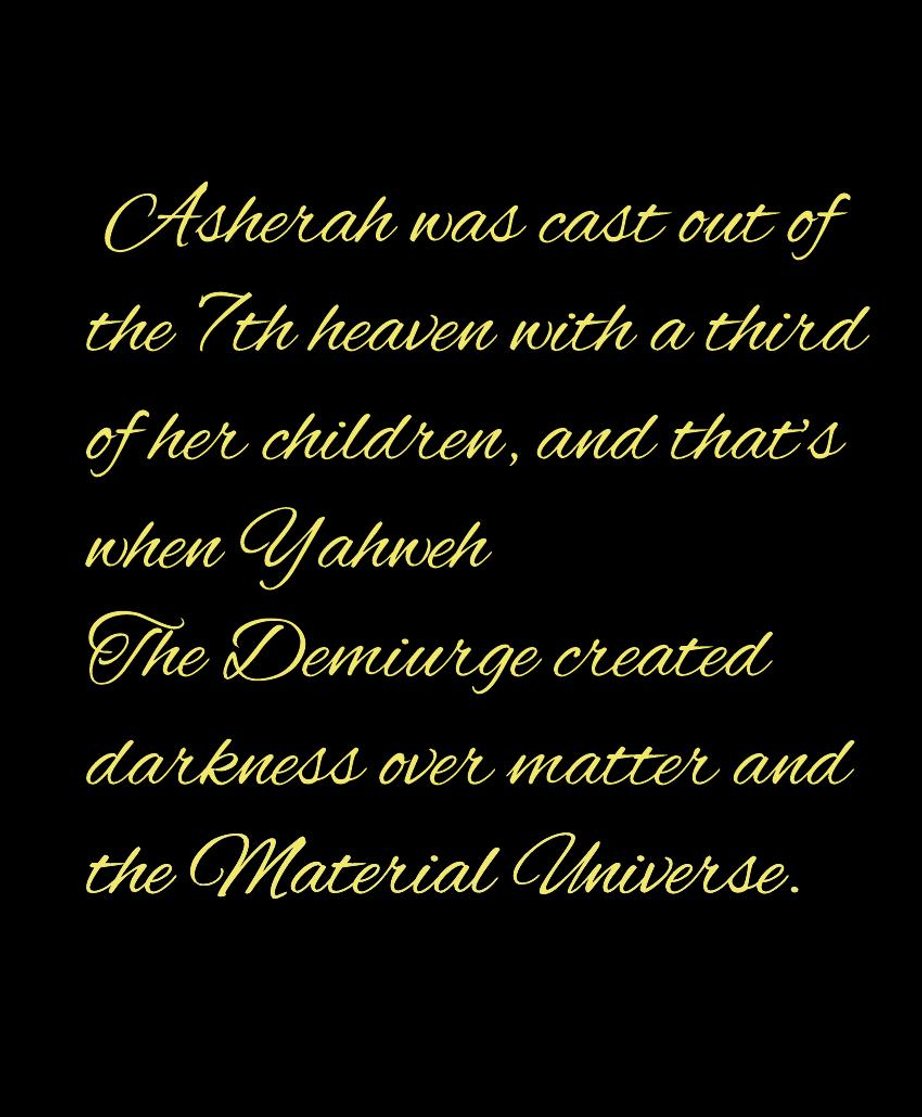 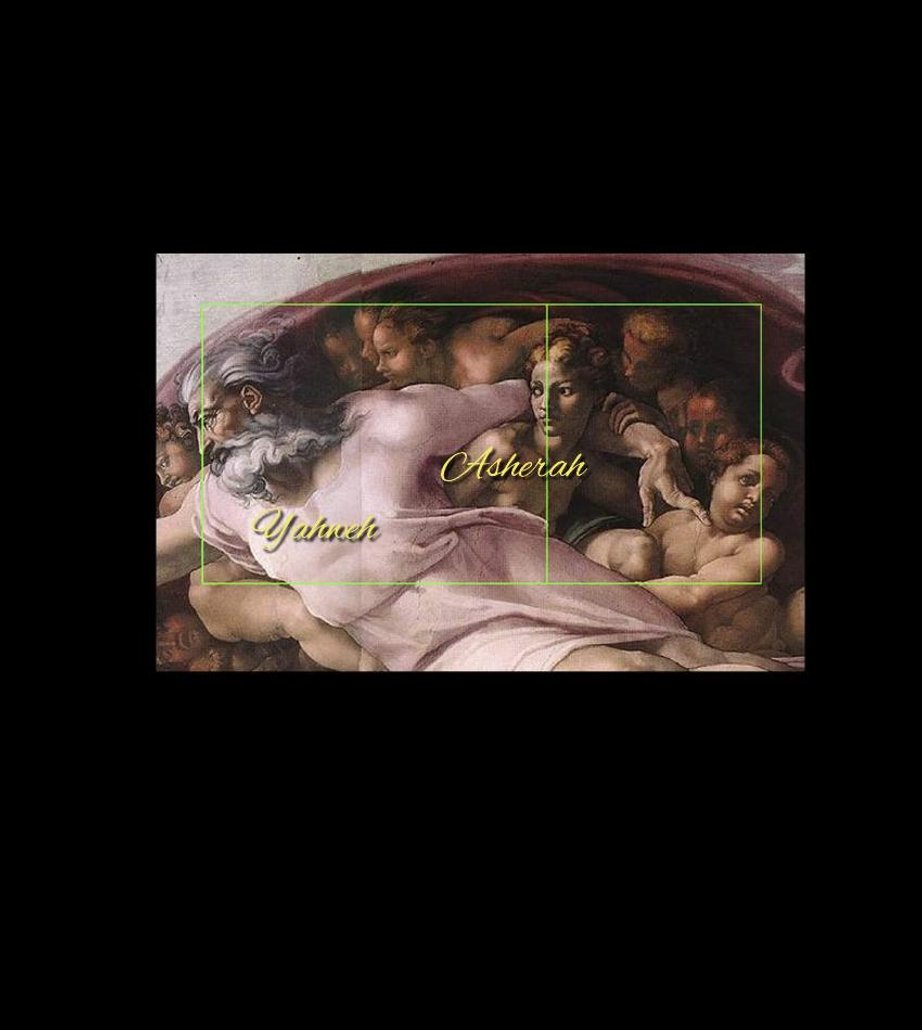 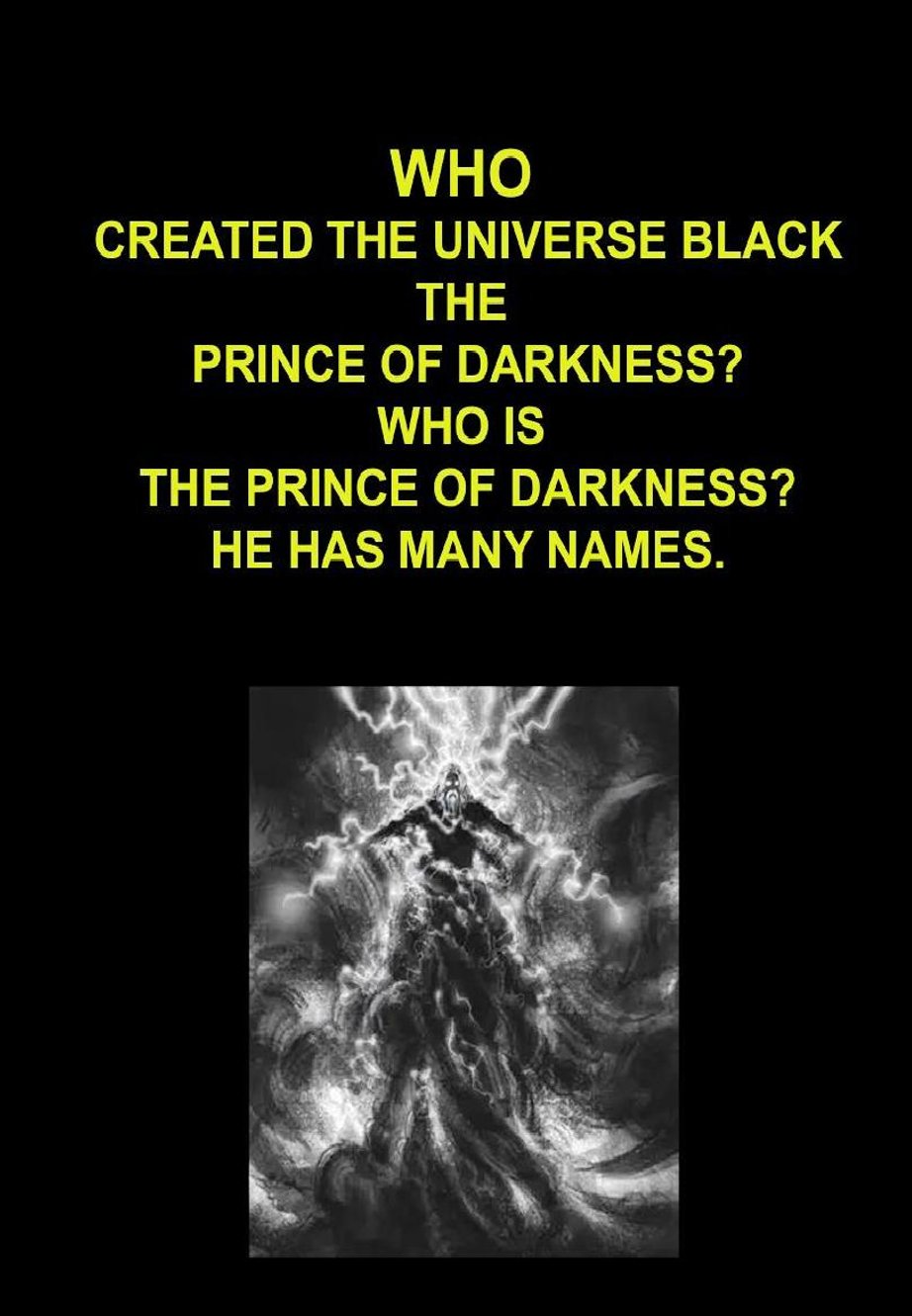 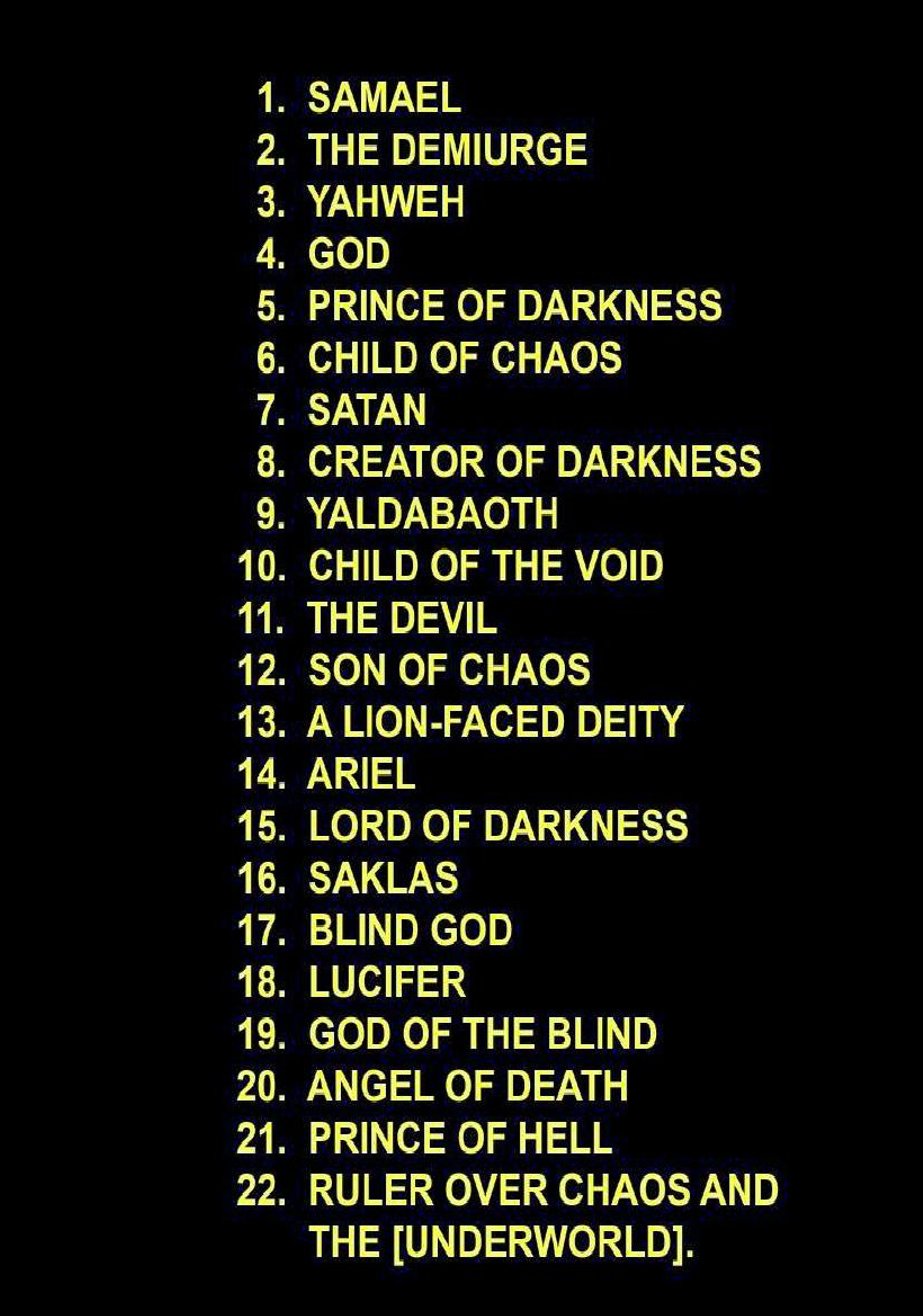 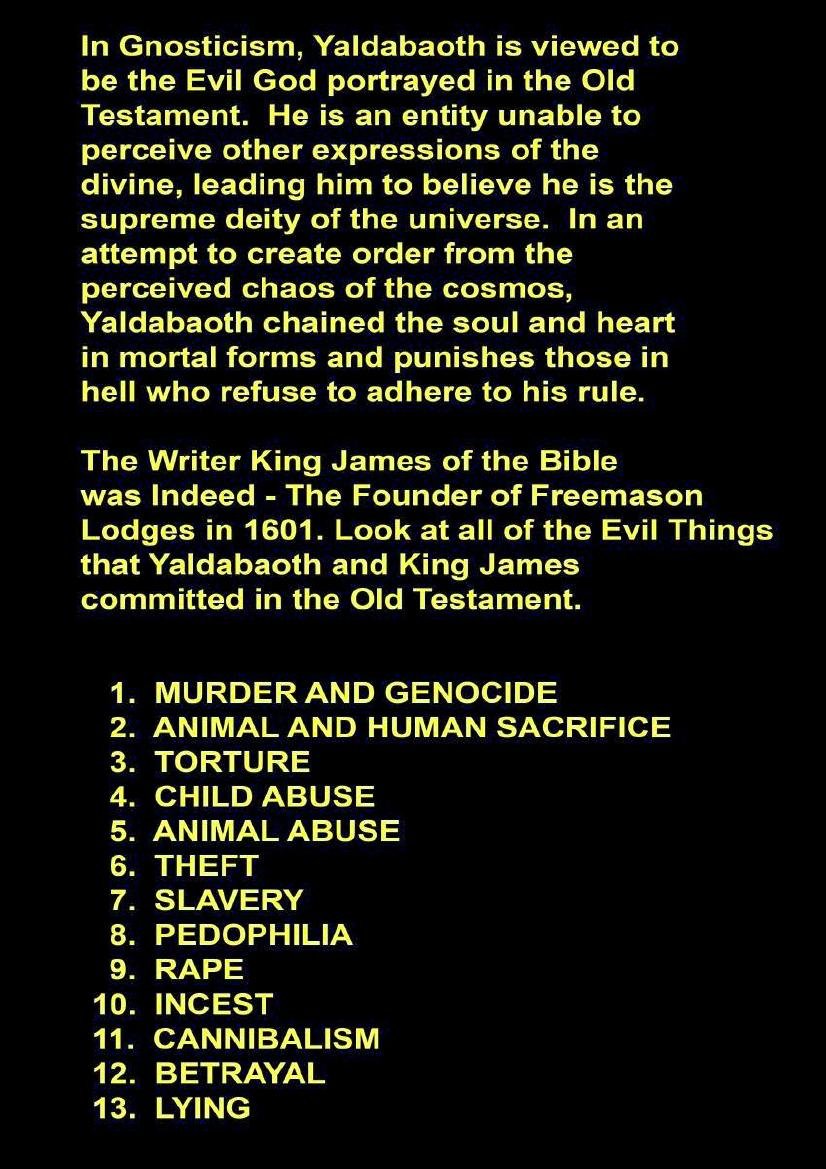 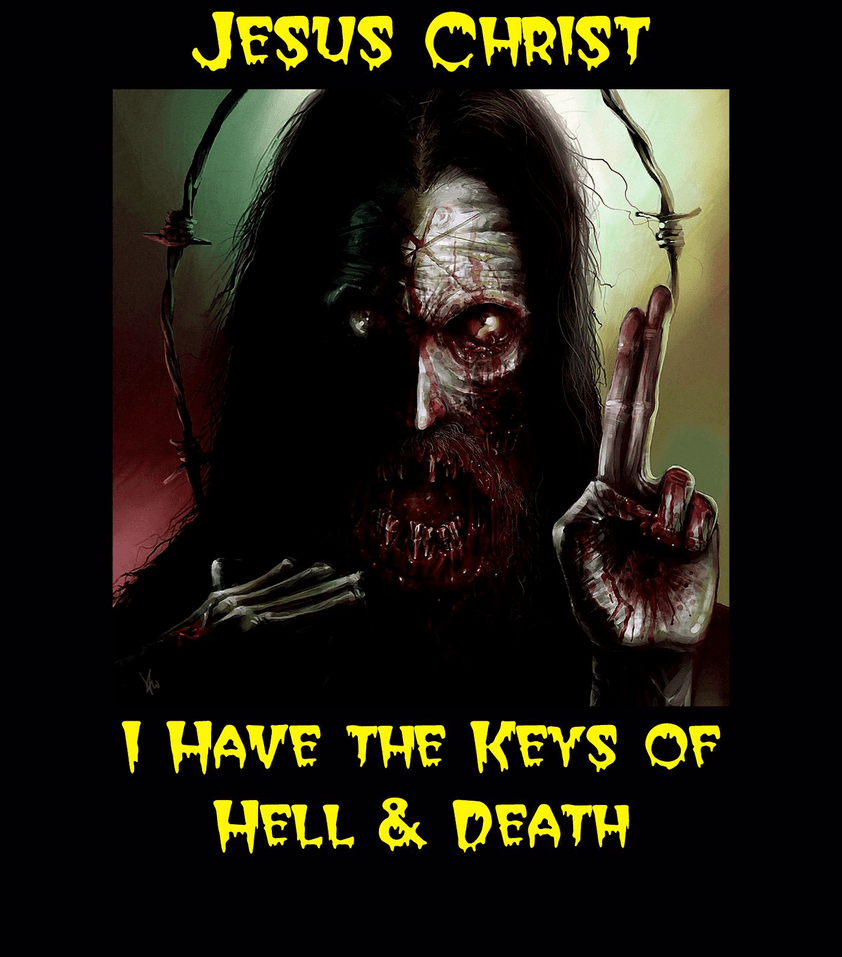 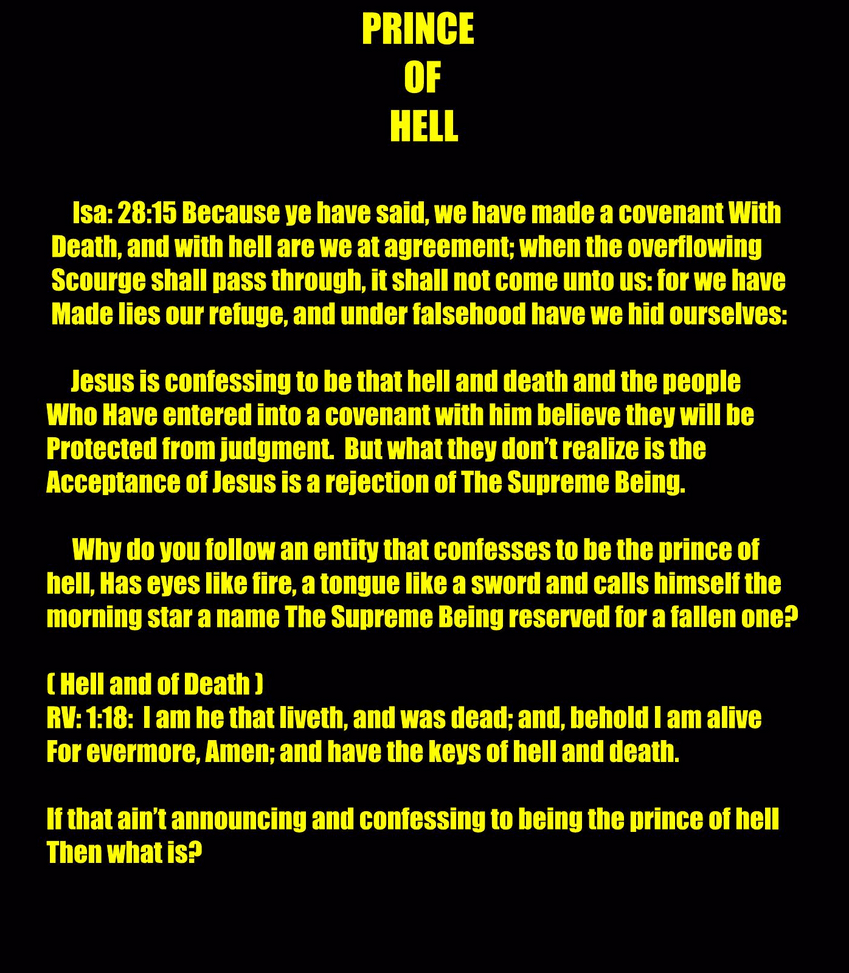 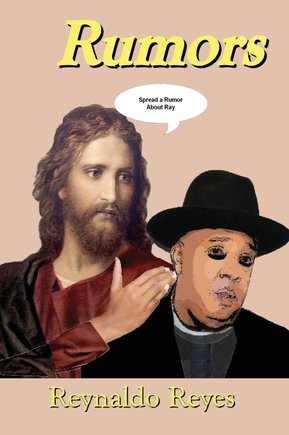 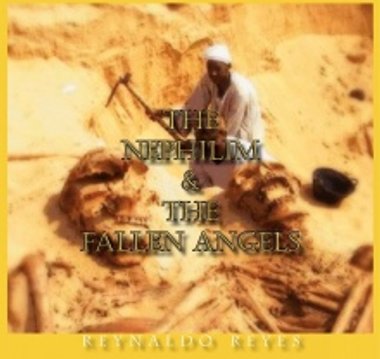 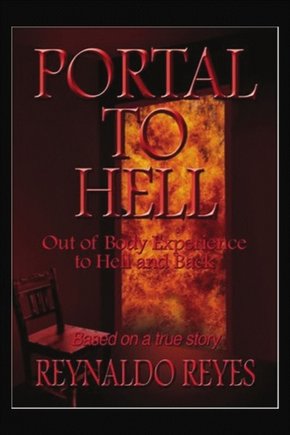 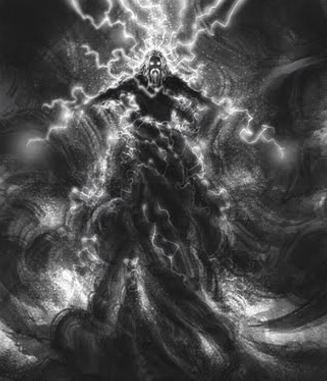 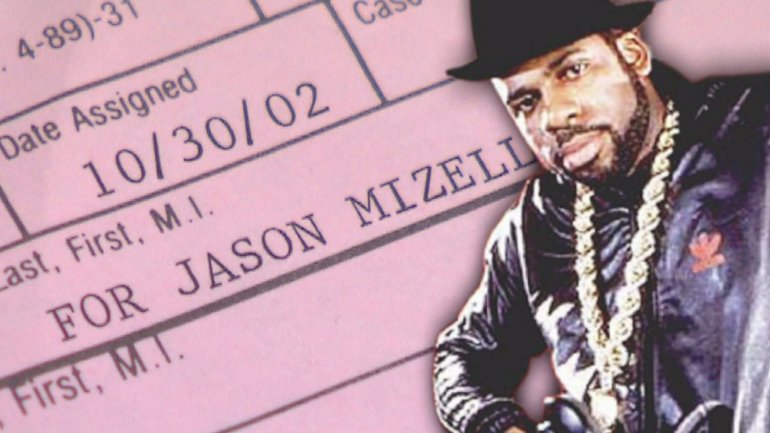 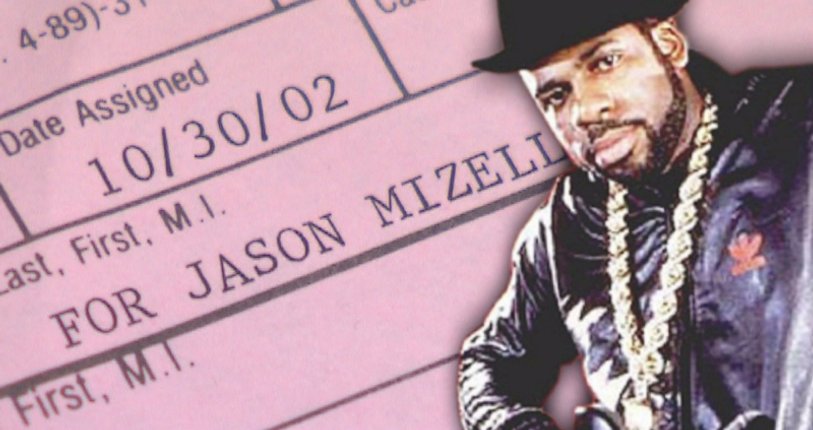 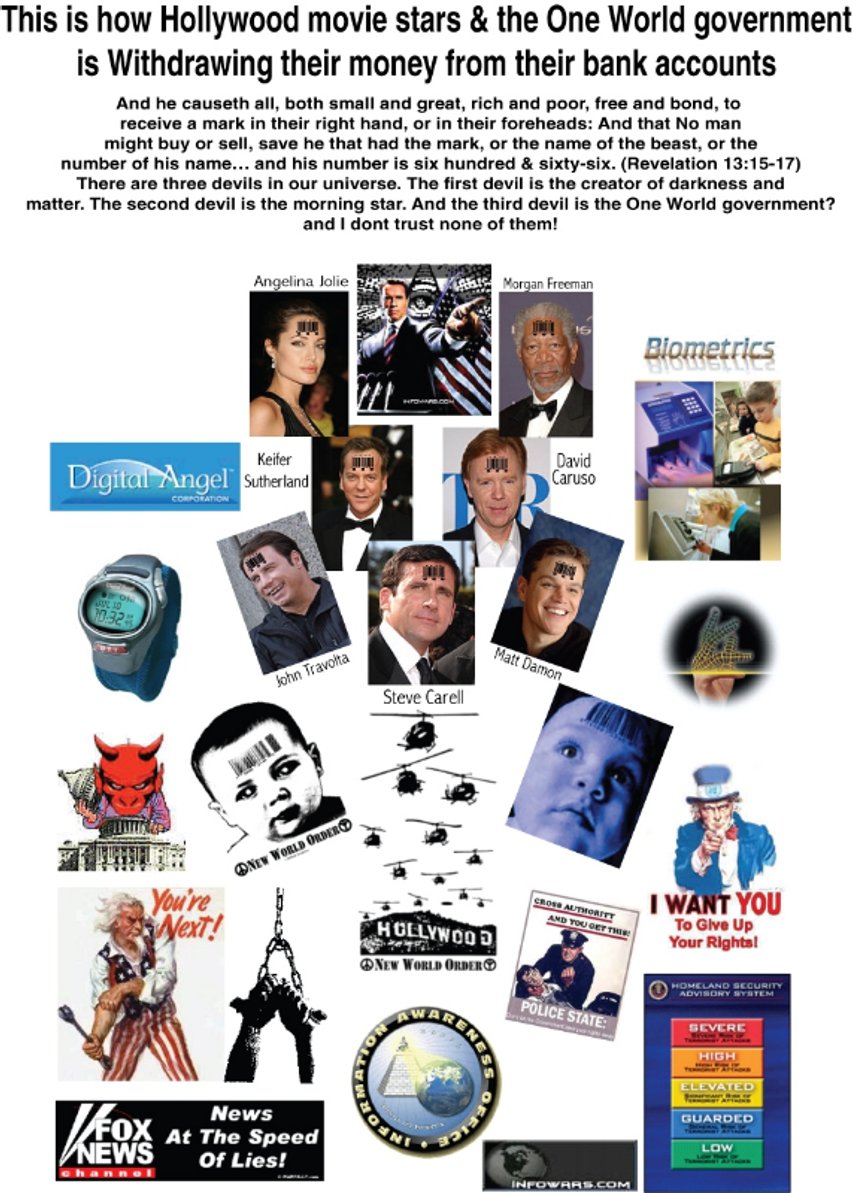 The Real Perpetrators that ordered the Death of Jam Master Jay

Darkness, Fire and the Super Cold!

He can transform himself into anything.  Jesus Christ

and his angels can make human beings experience

ectoplasm and can possess you in broad daylight and

at night.  Any spirit or deity that can shape shift

himself into anything like a fog, smoke, fire, darkness,

clouds, the cold, insects, people or animals is

They were the first married deities in heaven.  This is why Jesus Christ and his father Yahweh started a rumor about me on January 1, 1986 they knew that I was going to write books, paintings, and films about them in heaven.  Don't you find it strange and odd that Joseph Simmons Reverend Run was already a priest before Jam Master Jay was killed on October 30, 2002.  Please continue reading below?

My name is Reynaldo Reyes the author of Rumors and Portal to Hell. Like I mentioned before, I tried to explain it in this story that is attached to this website. Jesus Christ and his heavenly father the Yahweh in heaven set me up since October 31, 1980 by sending the spirit of a she-devil to almost possess me and to invade my apartment in 17th Street, Park Slope Brooklyn, NY.

In other words Yahweh and Jesus Christ wanted me to become a moviestar on December 4, 1980 when I was only 17 years old. How?  It seems that Jesus Christ and Yahweh wanted to put me into a deep sleep like a real out-of-body experience to hell and back only for a few hours, then Yahweh would of place my tormented soul back into my physical body so I could reach superstar status.

This video is not for sale:  Hollywood Unmasked 2

This film is Not for Sale: Portal to Hell Movie

This Video is for Sale: Portal to Hell Trailer

Jesus Christ and Yahweh are into a lot of crooked and corrupted things.

I have all of the proof and documents that you need for a national television debate so we can expose Jesus Christ and Yahweh in heaven.  Please email or call for this special event.

This is The "Rumor Song" Below that Yahweh started about me Reynaldo Reyes On January 1, 1986 with Rappers Run DMC.  Music Video is not for Sale:

In the early 1970's and 1980's I kept receiving strange visions in my dreams that Jesus Christ and his heavenly father in heaven were married to their spouses.  I dreamed that the first celestial super humans existed first in heaven.  I always remember this vision in my dreams ever since a little kid.

By the ending of 1985 I wanted to reveal this vision with a few of my friends in school so we could write out the song lyrics and create the rap song.  That's when on January 1, 1986 Yahweh the culprit spoke to the well-known lead singer of the rap group Run DMC and started a rumor about me that inspired the groups 1986 hit album "Raising Hell".

Reynaldo's book Portal to Hell is accepted for publication on September 28, 2002 by a book publishing firm called PublishAmerica, LLLP P.O. Box 151 Frederick, Maryland 21705.  A month after on October 30, 2002 Jam Master Jay whose real name is Jason Mizell was brutally murdered in his Jamaica, Queens, N.Y. recording studio.  Until this very day the killers have not been captured and his death remains unsolved.

Jam Master Jay and his rap group Run DMC and myself Reynaldo Reyes was spiritually set up by Jesus Christ and Yahweh himself.  First what God did he deliberately started a rumor about me with the rappers Run DMC on January 1, 1986 because I saw in a vision in the early 70's and early 80's that Jesus Christ and his heavenly father were married and had sex with their spouses. Jesus Christ had sex with Cleopatra Selene today we call her Mary Magdalene, Jesus Christ had children before the crucifixion. And his heavenly father the Yahweh had sex with his first wife Asherah in heaven and had babies like a angelical celestial family.  Please review my painting Garden of Eden.

Then I realized that I was being under attack by God throughout the years with powerful spirits.  When I wrote about it in my book Portal to Hell it was published September 28, 2002 I exposed in my book in the early 70's and 80's that Jesus Christ was married to a woman on earth or in heaven and that his heavenly father the Yahweh was married to his wife and consort Asherah in Heaven before the material universe was ever created.

That's when Jesus Christ and Yahweh ran to the rap group Run DMC in Hollis, Queens, N.Y. like a scared "DOG" with his "TAIL" between his "LEGS" and spiritually spread a rumor about me Reynaldo Reyes with one of Run DMC's hit songs "Raising Hell" on January 1, 1986.  Then God purposely and spiritually ordered the death of Jam Master Jay a month after my book was published, and permanently retired or separated the rap group Run DMC on the night that Jam Master Jay was killed on October 30, 2002.

It seemed in 1980 and in 1993 Yahweh and Jesus Christ planned to turn me into a movie star, by me experiencing hell for a few hours then my spirit would have traveled back into my physical flesh body like an out-of-body experience so I can reach superstar status for fame and fortune.  This has been going on since Hollywood movies and the music industry began on October 27, 1911.  Our U.S. Government is involved with God's biblical crooked and evil plan for world domination and the destruction of humanity, like it is mentioned in the book of REVELATION IN THEIR CORRUPTED SCRIPTURES.  The U.S. Government is planning to Enslave, Jail, and Kill all of the citizens in the United States of America with our U.S. Army, the U.S. Martial Law Police, the AntiChrist, the False Prophet in Rome, and the DEVIL HIMSELF - YALDABAOTH?

THE U.S. GOVERNMENT IS THE ONE WHO'S HACKING INTO EVERYBODY'S PERSONAL YAHOO AND GOOGLE EMAILS IN THE UNITED STATES OF AMERICA TAKE NOTE:

PLEASE EXAMINE MY NEW WORLD ORDER POSTERS AND VIDEOS BELOW THIS WEBSITE.

"THERE ARE THREE BIBLICAL ADAMS IN OUR UNIVERSE"

The first Adam in our Material Universe is Our Heavenly Father Yahweh created in the 7th Heaven by "The Holy Spirit" the God of pure light.  The second biblical Adam and The third sumerian Adamu were both created in the same era 6,000 years ago they were both different creatures?  The first creation of Man on earth was created by the image of Our Heavenly Father Yahweh or An Experiment by The Anunnaki's and a rare forgotten female ape called BONOBO.  By today's standards it remains a Mystery?

The pure light was always in Our Universe before the planets, the stars, and the void of darkness ever existed.  The first Garden of Eden was actually in "Heaven".  God The Third Person Of The Holy Trinity created the first Adam-Yahweh, then the first Eve-Asherah then they had children in heaven and they were all called Cherubs, Angels, Archangels, Watchers, Celestial Beings, and Halo, Etc.

The spirits in heaven and the spirits in hell are shape shifters.  They can change their appearances to look like anything.  The craft of black magic, sorcery, darkness, fire, shape shifting scary evil spirits, witchcraft, etc, all came from the heavenly father Yahweh and then it was passed down to all the angels in heaven and to all of the people on earth.  It was a forbidden craft that was not meant to be taught to human beings.

With Chloe Grace Moretz. This Video is not for Sale.

The Truth About Bitcoin & The Mark Of The Beast.

YAHWEH & ASHERAH IS WRITTEN IN THE HOLY BIBLE.

THE SPIRITS IN HEAVEN AND IN HELL ARE SHAPE SHIFTERS.

I form the "Light, and create Darkness: I make Peace,

and create Evil: I the LORD do all these things.

Jesus Christ is a Shape Shifter.

TO THE SUPERNATURAL BELIEVERS